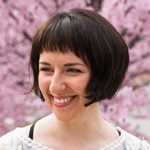 Ashley is honored to be working the Idaho Shakespeare Festival. After being an Apprentice for two years, she jumped right into teaching. Seven seasons later, she is still loving it. In 2013, Ashley spent her summer working with Dramatic Adventure Theater. She had the honor to introduce theater to a tribe of indigenous people of Ecuador’s Amazon. From there, she and a team devised a piece to perform in New York’s IATI Theater. That started a creative kick that hasn’t ended yet! She spent years teaching theater as therapy at a local psych hospital. She has been teaching theater at Idaho Shakespeare Festival for the past 9 years. 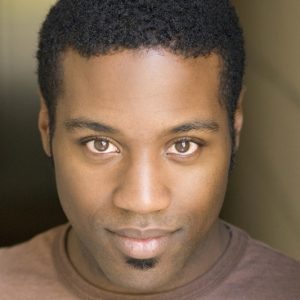 Dakotah Brown is a local theater maker who has worked as an actor, teacher, playwright, and director since 2008.  He has worked for Idaho Shakespeare Festival, Boise Bard Players, Hall International Academy, and Boise Contemporary Theater. Dakotah Brown has spent the past 4 summers as lead teacher for ISF’s high school Apprentice Program. He loves collaboration, telling stories, and getting a room of people together to use their imaginations. He also appeared onstage in Boise Contemporary Theater’s world premiere production,  Rabbit/Moon, last spring.

Edith Dull is so excited to be back as a teacher for ISF! She is a performing artist with more than 10 years of professional experience. She graduated from The College of Idaho with a BA in Theater and an emphasis in vocal performance in 2015 and has worked with numerous professional theaters in the Treasure Valley, along with several out of state theaters. Some of her roles include: Lucy from You’re A Good Man, Charlie Brown (CofI), Andy (Android) from Horizon Three (HomeGrown Theatre), Chava from Fiddler on the Roof (TVAC Productions), and Princess Badroulbadour from Disenchanted! (Alley Repertory Theater). She is currently the managing director for a local opera production company, Opera Elect. 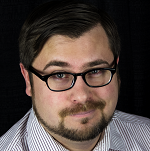 Matthew got his start as a Theater Arts major at Boise State University and later moved to Charlotte, North Carolina, where he studied improv/sketch comedy under Second City alumnus Keli Semelsburger while working with the Carolina Actors Studio Theater. He later moved to L.A. and performed in various national commercials, webseries, repertory theater, children’s theater, and sketch comedy troupes while studying film acting with Alex D’Lerma’s Cinema Gym of North Hollywood. Since returning to Idaho in 2012, Matthew has performed with local and regional theater companies such as Boise Contemporary Theater, HomeGrown Theatre, and Treasure Valley Children’s Theater, and has taught youth acting workshops for Idaho Shakespeare Festival and Treasure Valley Children’s Theater in addition to adult acting workshops through The Actors Workout. Matthew also conducts storytelling workshops as a guide with Story Story Night for organizations such as the Idaho Laugh Fest, the Idaho Office of Refugees, and Sun Valley Center for the Arts. 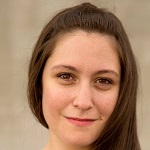 Catherine received her BA in Theater from St. Olaf College in Northfield, Minnesota (2013). An Idaho native, Catherine has taught with the Idaho Shakespeare Festival, Boise Contemporary Theater and Treasure Valley Children’s Theater. Graduating with her Masters in Social and Educational Research from the University of Aberdeen in Scotland in November 2018, Catherine is excited to re-join the Idaho Shakespeare Festival as an educator for spring 2020!