Voices from the Company: The Boards

You may call me silly, childish, foolish or an idealist. You should then know that I will always be the first to admit that I am still very much a little girl inside, and I wouldn’t change that for the world. I am a sentimental sap. 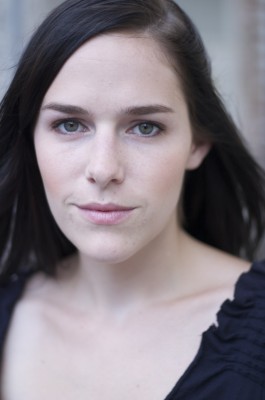 All prologues aside, you will need a little back-story for the proper level of perspective on this tale.

Twelve years ago, just headed into high school, my parents moved here (with the resentful, ungrateful child that I was) from a small college town in central Pennsylvania. Like many teenagers uprooted from their social circle, I was less than pleased. Already not the most social creature for my age, the amount of self-consciousness, teenage angst and general negativity I carried around throughout the next few years did not make me a likely candidate to make many new friends.

The bright light for my new, uncomfortable home, the only time I felt completely lost in a sheer, full, over-whelming happiness and joy was when I got to see shows at the Idaho Shakespeare Festival. I had an unusual interest in Shakespeare from a young age and seeing shows at the Festival, in the beautiful outdoor amphitheater, was unlike anything I’d ever experienced. It was, (watch out, here comes the silly, childish, hopeless romantic) magical.

It was then, at fourteen that I knew I wanted to perform on that stage at some point in my life. Had you known me then, you may have thought that it would have been nearly impossible. I was shy, awkward and couldn’t speak in front of a group of people to save my life without getting a severe case of the shakes. Shakespeare’s work however, was so mysterious and enticing to me that I awkwardly stumbled onward.

Years later I studied theater at Boise State, graduated and began working for ISF through teaching at The School of Theater (which was where I got my first training as an actor) and performing in Shakespearience, ISF’s educational outreach tour (still the best job I’ve ever had, luckiest girl in the world, cannot say enough good things about the work that gets done with the tour).

It was over a decade after I had had my first magical experience in the outdoor amphitheater on a nature reserve when I was offered a role in the season’s opening production of Romeo and Juliet. For those of you that don’t know, the show that opens the season here has already been running at Great Lakes Theater in Cleveland, Ohio for about a month. Many of the cast members are brought along with the production out west, while others that move onto different projects back east, are replaced with different actors from all over, including some local ones. What that really means from an actor’s perspective is that we have a considerably shortened rehearsal process (two weeks, as opposed to the usual three) and a LOT to learn.

Walking into any rehearsal space for the first time has a general thrill of it’s own but this one has been particularly amazing. The members of the cast that had already been a part of the production not only welcomed us warmly, but were patient, sweet, and helpful when it came to incorporating new members of the cast. Not only have I been working with some truly inspiring, talented and genuinely kind people, but many of them I have admired from an audience vantage point for years.

And so, on opening night–an experience so surreal and enchanting–I was waiting in the wings to make the final entrance into Capulet’s tomb off stage and looked at the nearly full moon, heard the text I’d read fifteen years earlier that convinced me I wanted to be an actor, and I was overcome with an inexplicable joy and satisfaction (okay, yeah, and some tears), knowing that I had made my first traipse across the boards of a stage that I had longed to walk for many years- surrounded by actors that I’ve admired for years that were suddenly co-workers and friends.

Aptly, for the play selection, and although I am now well into my twenties, I feel like a fourteen-year-old girl with the biggest crush on this show and all the amazing talent and beauty with whom I am privileged to share it.